Both living alone and being single, I eat out alone often in New York and elsewhere. While I enjoy cooking, I own a 50 sq foot kitchen with about one foot of counter space and no dishwasher.  At first I was only comfortable eating alone in very casual restaurants or restaurants with bar seating but now I’m also comfortable dining solo in formal/tasting menu settings. Going forward, my goal is to document some of those solo experiences on a quasi-regular basis.

Even though I live in Midtown East only one train stop away, I usually only pass through Long Island City (LIC) on my way to an airport or Brooklyn. This week I decided to do a New York Cares project in LIC since both a convenient location and an area I wanted to explore. After the project was over I decided to eat lunch at Tamashii Blue, a casual Japanese restaurant with a variety of ramen and other food options. 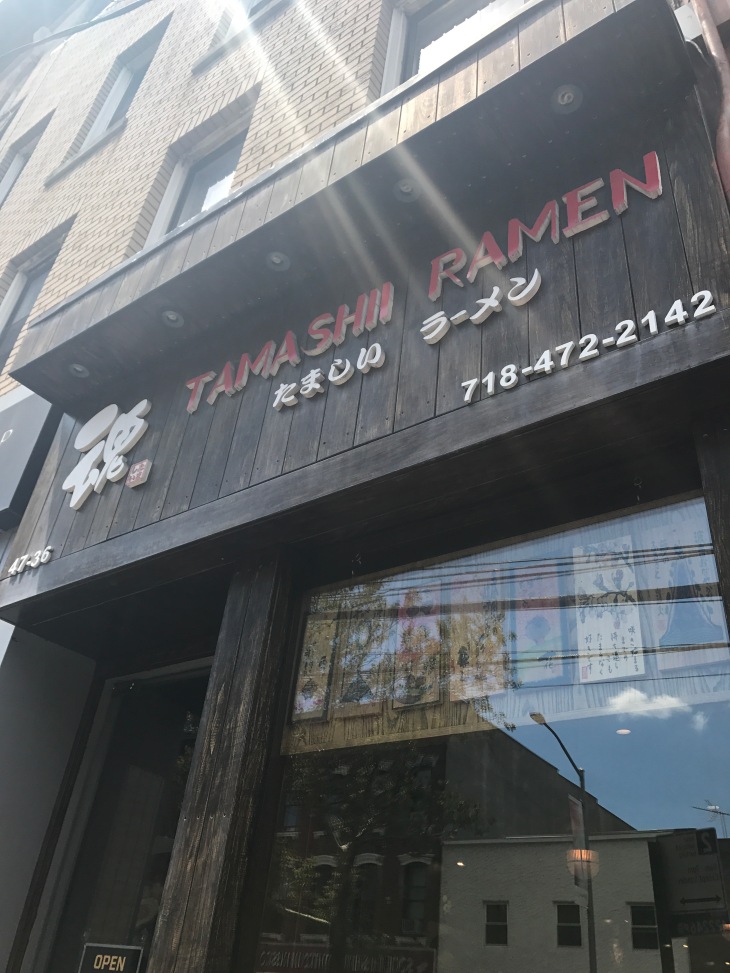 I started off with the pork buns, which contained a substantial amount of pork. Unlike an Ippudo style (better) pork bun that has roasted pork, Tamashii uses grilled pork that gives the buns a sweet barbecue flavor. 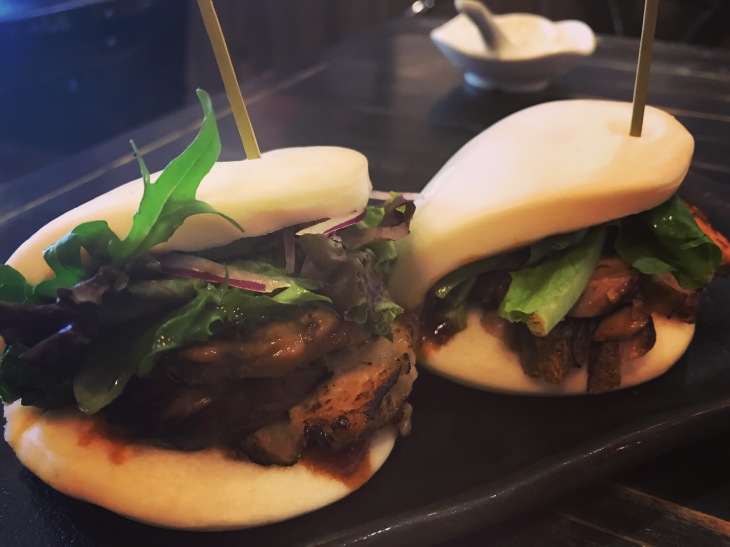 I had some trouble deciding which type of ramen to order and ultimately decided to get a type I don’t usually get, miso ramen. Tamashii’s miso ramen, per the menu, has a miso made with over 12 ingredients fermented for a month and topped with grilled and ground pork, corn, egg, scallion, bean sprouts, and cabbage. The broth had a nice flavor but I was not a fan of the grilled pork at all. While the grilled pork was fine in small pieces in the pork bun, in the ramen broth the pork was very tough and dry. Some of the reviews described Tamashii’s ramen as the best in Long Island City and but there’s much better ramen on my side of the East River.

Since nothing makes me angrier with my 30 year old metabolism than eating something high in calories that doesn’t taste really good, I decided not to finish the ramen and save space for dessert at the LIC Corner Cafe. The Cafe’s flaky, not overly sweet pistachio chocolate escargot was the perfect way to end my time in LIC.

It’s very easy in New York to end up going to the same places over and over again even if other places are just as close to your apartment. Spending a day in LIC reminded me to continue to keep exploring New York. While I won’t be back to Tamashii, I’ll definitely be back in LIC.

This is a text widget, which allows you to add text or HTML to your sidebar. You can use them to display text, links, images, HTML, or a combination of these. Edit them in the Widget section of the Customizer.
%d bloggers like this: